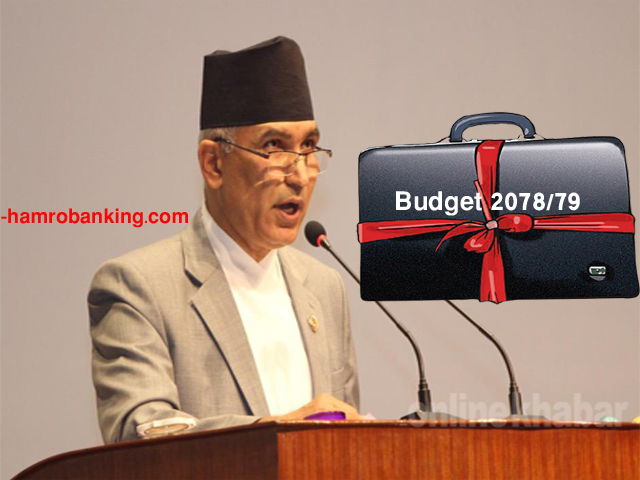 According to the Ministry of Finance, the government has prepared the budget for the coming fiscal year by giving special priority to the control and prevention of COVID-19. The government, which has already announced the mid-term elections on Kartik 26 and Manghsir 3, has also put forward a plan to vaccinate all the people before the election through the budget.

As a result, a large amount of money will be spent on health infrastructure and vaccination in the upcoming budget. The government has allocated a budget for the supply of medicines, equipment, treatment materials used for the prevention, control, and treatment of the Covid epidemic and for the management of the infected person and construction of infrastructure. Up to Baishakh 2078, the government has already spent Rs. 23 Arab 16 Crore for this.

Against the backdrop of the coronavirus (Covid-19) having a profound effect on public health and the economy, the budget is not expected to announce new programs and ambitions. According to finance ministry officials, the budget has been prepared with the impact of the epidemic on the economy, job creation and public health as the main priorities.

The government will also announce relief and economic rehabilitation packages for the affected people through the budget. “Increases in old age allowance under social security, prime minister’s self-employment and other programs have been specially included in the budget,” the source said. From Covid-19, some concessions and facilities will be provided to the distressed businesses as well as financial relief programs will be announced through the budget to rescue the distressed industries and businesses and rehabilitate the crippled economy.

The government is going to allocate the necessary budget for the elections to the House of Representatives to be held on Kartik 26 and Manghsir 3 and the local level elections to be held in Baishakh, 2079. As the budget is election-oriented, all parties have estimated that some special programs may come up to impress the voters. But some former vice-chairmen of the Planning Commission and former finance ministers have been saying that a distribution-oriented and full budget should not be brought. But the government is announcing a full-fledged budget.

Apart from health and elections, large and ongoing projects have been given priority. Some of Prime Minister Oli’s ambitious plans are expected to come in the budget. Railways and tunnels are also among the priorities of the budget. The budget will focus on sustainable development goals, a roadmap for 2030 and high economic growth, and effective implementation of projects. The budget has been ensured for national pride and transformation projects.

The government is going to bring a budget of around Rs. 17 Kharab. The Ministry of Finance plans to mobilize Rs 11 Kharab from revenue for resource management, Rs 2.5 Kharab from internal debt and the remaining amount from foreign aid and loans.

The National Planning Commission has estimated that a budget of Rs 16 Kharab 97 Arab will be required for the new fiscal year. The commission had suggested the government project the budget and resource estimates for the coming fiscal year 2078/79 through the medium-term expenditure structure.