What will be the report of the banks in Second Quarter? 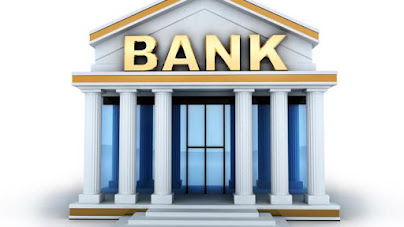 The process of publishing financial statements to banks and financial institutions has started. Not only banks and financial institutions but also insurance companies and other companies listed in the market are making such preparations. The Securities Exchange Board of Nepal (SEBON) has made it mandatory for every company listed in the market to publish its financial statements quarterly. Not only the board but also the regulatory bodies including NRB and insurance companies have made it mandatory to publish such reports. Such organizations have started preparations to follow this regulatory system.

Although the financial statements of all the companies will be equally important for the stakeholders, there is an interest in the financial statements of the banks and financial institutions. In particular, the profitability of the bank, the condition of the disbursed loan, the provisioning of non-performing loan, and the state of business expansion are the main concerns. Apart from that, capital ratio, CCD ratio, cost of capital, the base rate, and other indicators are also considered important. As the banking sector is linked to other sectors, such reports are also considered as a basis for business decisions. Shareholders are interested in indicators such as profit and earnings per share.

What will be the report of the banks?

Under normal circumstances, the second-quarter report is not considered very important. However, this year the situation is different. Due to the impact of the Covid-19 pandemic, most areas were closed till Shrawan-Bhadra. For the same reason, these institutions were not in a position to repay the loan from the bank or take a new loan. This time the report is considered important to show the impact of this on the banking sector at a time when public life is becoming normal.

One banker said that the flow of new loans and the rise of old loans have intensified during this period. As interest rates on deposits have been declining, the cost of capital for banks has come down significantly this time. As this affects the base rate, the interest rate on the loan is also decreasing accordingly.

Credit flow is also increasing now. Of the Rs 32 Kharb 57 Arab loan disbursed from the banking and financial sector in mid-July, Rs 35 Kharab 22 Arab has been disbursed till mid-November alone. Bankers have been saying that there has been further improvement in credit expansion in January. He says that it is positive that the deposit mobilization is increasing even at low-interest rates.

Along with increasing deposits, banks are still facing the challenge of credit flow. Even though the Nepal Rastra Bank (NRB) has maintained the CCD ratio to 85 percent, it is now below 75 percent. This refers to the situation where banks are still holding on to their investments. Chairman of the Bankers’ Association Bhuvan Dahal also said that the business of the bank was getting better and better. He says that more work is needed for this.

Overall, the banks’ report is expected to be better than the first quarter.

First Microfinance’s profit has declined modestly. The company’s profit fell 6 percent to Rs 6.28 Crore from the previous year. So far, no financial statement of any company has been published on behalf of commercial banks and finance companies. However, overall, stakeholders expect satisfactory progress in all areas. 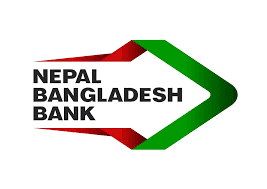 May be affected in the third quarter

At present, there is a suspicion that the profit of the banks is unrealistic and they are evergreening the loans to show more profit. It is also suspected that the credit was extended beyond the capacity to show a similar situation during the Covid-19 pandemic.

Nepal Rastra Bank has started on-site supervision of banks and financial institutions from Magh last. NRB is ready to expedite such supervision. If there is a complaint during the on-site supervision, the NRB team may force them to make additional provisions or follow other instructions immediately. In this case, the third quarter report may have a negative impact, experts say.