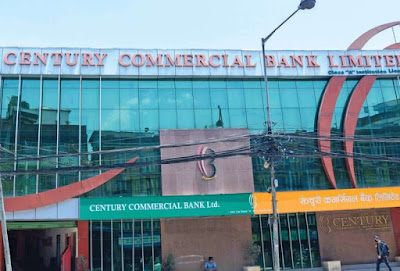 Century Commercial Bank has updated its mobile banking app in the new version. Bank and F1 Soft International have signed an agreement for mobile banking services. The agreement has been signed by Chief Business Development Officer Mr. Subash Bahadur Shrestha on behalf of the bank and Chief Executive Officer Mr. Subash Sharma on behalf of F1 Soft.

As per the agreement, the bank will now provide mobile banking services through a mobile app called Century Pay. This app is available on Google Play Store as well as Apple app store.

Through Century Pay, customers will be able to transfer money to more than 50 bank accounts, pay Electricity bills, pay TV, Internet bills, buy Mobile Recharges, Airplane, Bus and Cinema Tickets as well as pay through QR codes to more than one lakh merchants.
In Century Pay, mobile banking can be activated through your mobile, and transactions can be done easily by enabling fingerprint. The mobile app developed by F1 Soft has mentioned in the release that the latest security system has been adopted in this mobile app.
Century Commercial Bank, established as the youngest commercial bank in the country, has 113 branches, 10 extension counters, 17 branchless banking and 83 ATMs in operation.
Share on TwitterTweet
Share on Pinterest Share
Share on LinkedIn Share
Share on Digg Share